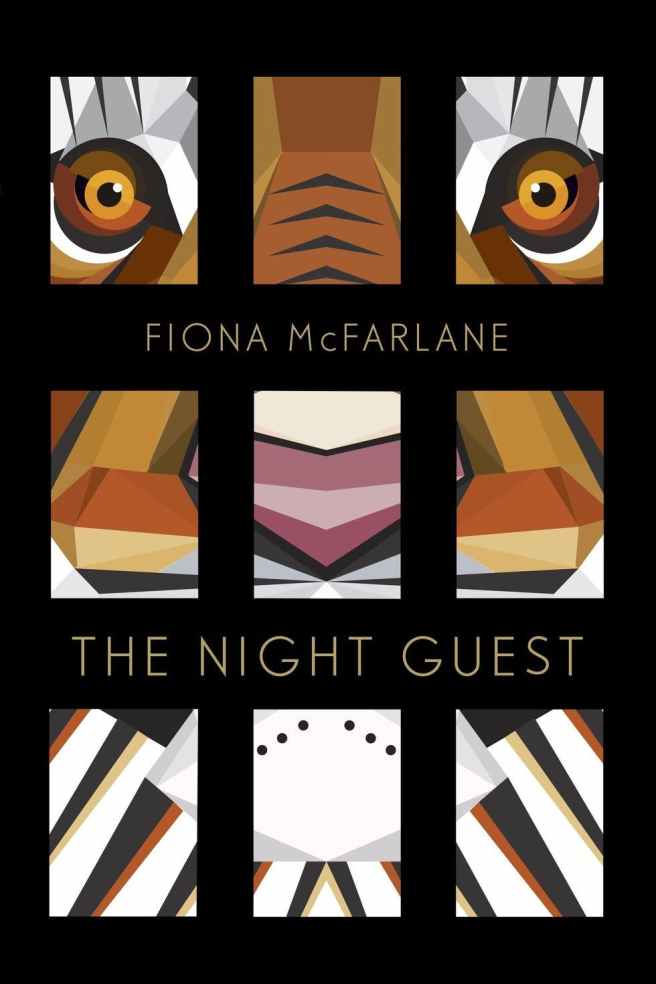 Ruth and Harry retired to their beach house a few years ago. Harry did not get to enjoy much of the house, since he died shortly after moving in, leaving Ruth on her own, in this isolated house. Her sons are in New Zealand and Hong Kong thus, although they call her regularly, she does not get to spend much time with them. One night, Ruth feels as if a tiger is in her house. She knows there is no wild animal, but she can feel it. The morning after, a woman knocks at Ruth’s door; she’s been sent by the government to take care of her. Her name is Frida and she moves everything around in Ruth’s life and breaks the routine of the pensioner with her extravagant hairstyles which she changes on a daily basis. She is tall, stout, and dark and to Ruth, she looks Fijian which reminds her of her childhood, her missionary parents, her first love, and the sight of the young Queen Elizabeth at a ball.

‘She thought of Harry as she lay there in the garden because she knew he was dead, and she knew she had forgotten he was dead. That seemed the same as forgetting he had lived.’

It is incredibly difficult to sum up The Night Guest and do it justice, without completely revealing the end. What I can say is that this is a wonderful little gem about ageing, love, and trust. It is quite rare that recent releases give me a lot of things to say about them, I tend to read them to relax and shift gears from my beloved lengthy Victorian tomes. However, Fiona McFarlane’s debut is an accomplishment and it moved me beyond anything I could have ever expected.

I actually found very refreshing to read the story of a 75-year-old, I am too used to reading Bildungsroman so I rarely deal with the elderly (except when they are old spinsters with a lot of money to inherit of) and this novel challenged my habits, putting things into perspective as a consequence. It really made me ponder on being older and alone, which is a tragic reality of our society. Ruth lives in a isolated house on a beach in Australia, but it is a fact that, past a certain age, you can live in a big city and be just as isolated as her.

Of course, this novel also deals with dementia. I thought this term was a bit too strong for Ruth, at first; she feels there’s a tiger in her house, but she deals pretty well on her own and lives a nice and quiet life with her cats. What I felt at first, is more the fact that at a certain point, the brain is not as efficient as it used to be and some connections are late to be made – if made at all. But then, I realised that she mentions her sons as infants, and her husband on several occasions, but never really thinks in details of her adult life. What Ruth mostly remembers is her childhood on Fiji, she looks back on this episode of her life and remembers all the little details. Obviously, this hints strongly at the fact that she may have started a degenerative phase of her life. The story is narrated at the third person, but really you are in Ruth’s head so you do not understand fully all the situations and because of her age, she doubts herself so you find yourself doubting absolutely everything. It becomes increasingly difficult to differentiate truth from lies: a guest comes to her house… or not? Frida locked her in… or did she? This feeling kept me on edge and made the novel gripping, as well as incredibly hard on an emotional level.

‘It was one thing, maybe, to die […] but it was quite another to go on being dead. That was obstinate; it was unkind.’

The Night Guest gave me a lot of food for thought, and I cannot recommend it enough. Ruth is a very endearing character because she is very sweet with her taste for swearing and her constant daydreaming. She just wants to tell her story to someone, and it is very pleasant to be this person.

I grew up at the feet of the French volcanoes of Auvergne (the ones on the Volvic water bottles) and now live in London, where I pursue my love of books and Victorian things. My only regret in life is that I buy books much faster than I read them. View all posts by Sophie @ Balivernes

Where to Find Me

I grew up at the feet of the French volcanoes of Auvergne (the ones on the Volvic water bottles) and now live in London, where I pursue my love of books and Victorian things. My only regret in life is that I buy books much faster than I read them.

#visitauvergne ⛰🇫🇷
My super(market) star 💫
April on the camera roll - last pictures of Vauxhall and enjoying the Spring 🌿🌸 (and I miss my cat)
Strawberry Hill House 🍓 (and forever photographing couples being cute, especially if they’re a little older)
Imagine this hallway on a dark, winter evening 😍
Tested my new camera but got distracted by this cute little mog 🥺